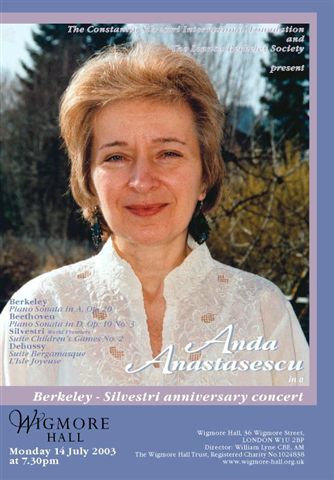 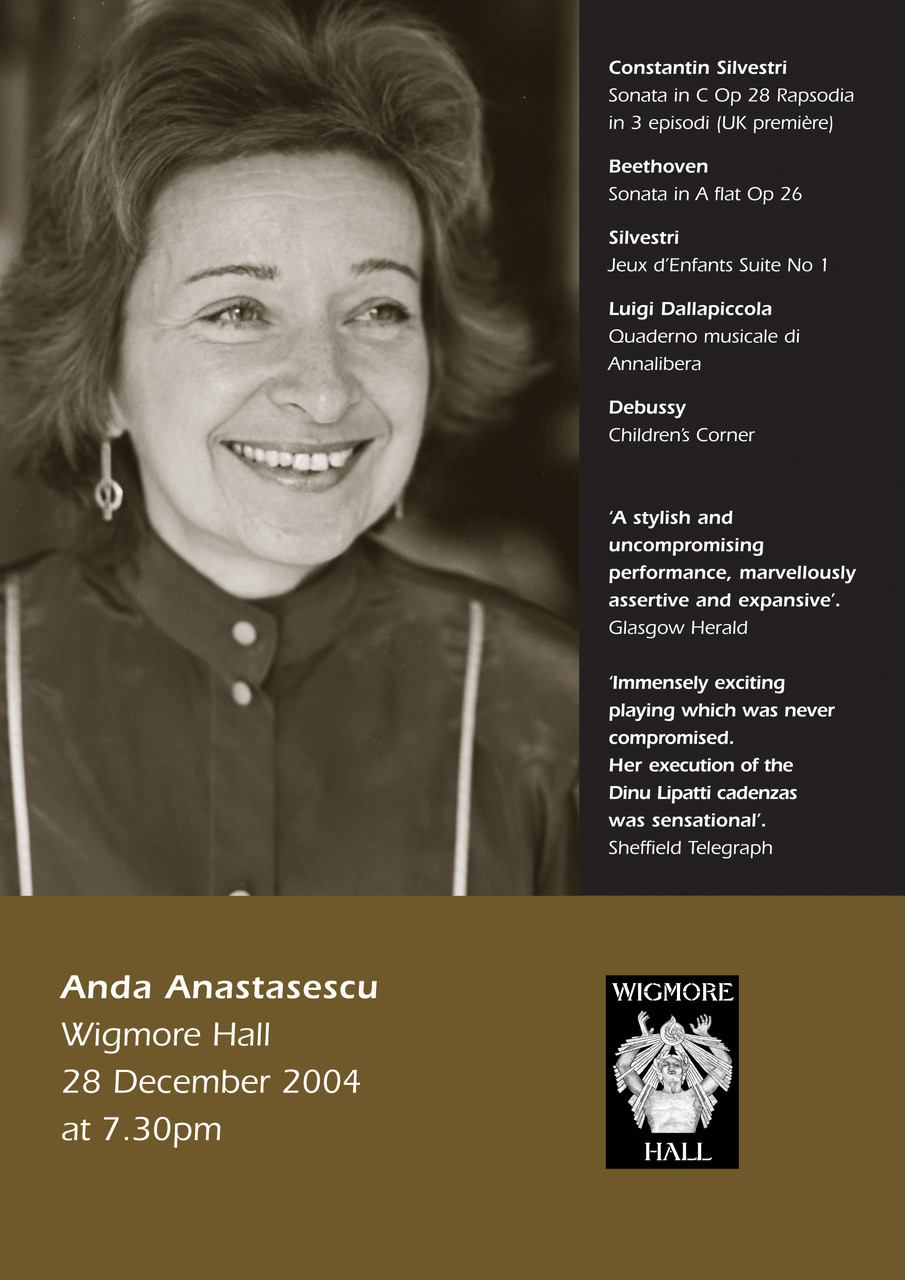 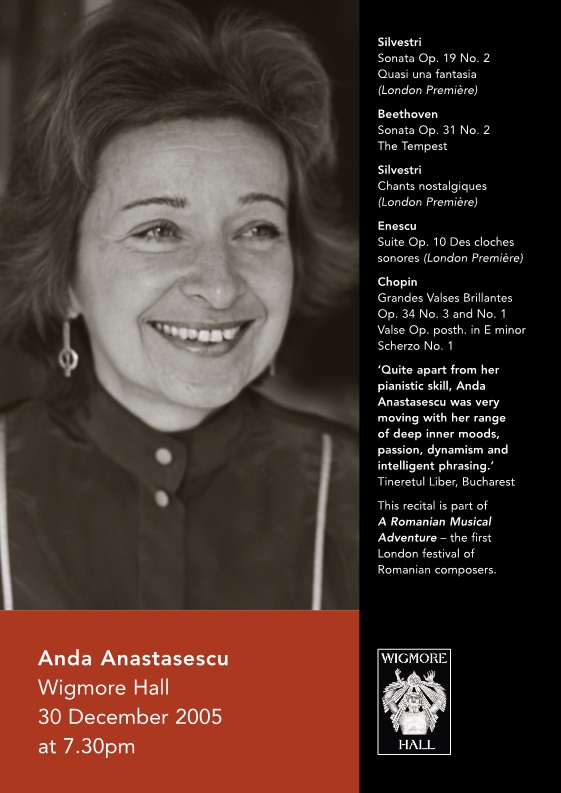 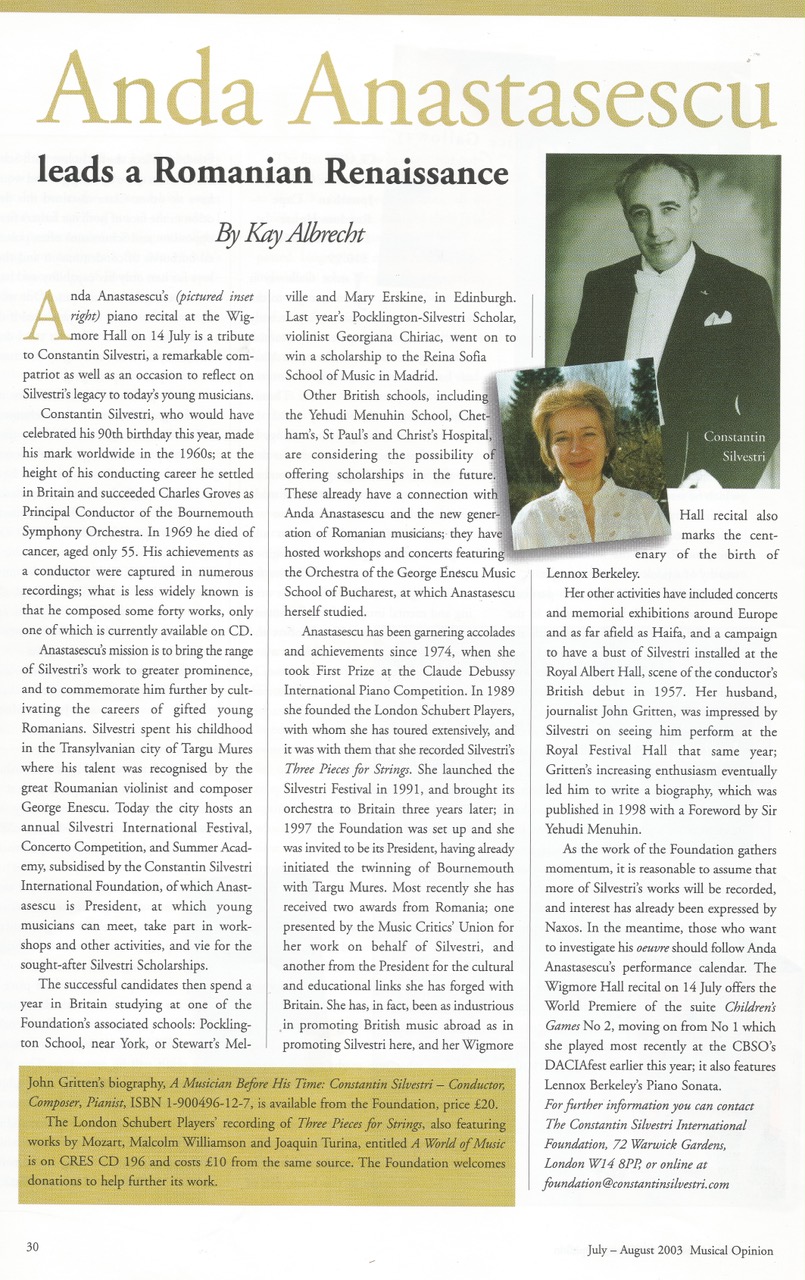 It all started in 1990, eight months after the Romanian Revolution, with the London Schubert Players travelling 1,300 miles to bring gifts, entertain and make friends with 2,000 Romanian orphans. (http://www.londonschubertplayers.co.uk/adventures_romania.html)

It was my first enterprise in the country since I left it in 1972 and an ideal occasion to combine the professional with the charitable, in the company of a 19-piece orchestra and eight fans!

Working on our concert programmes for the tour of six cities, I was looking for a ‘Romanian’ piece which could crown our programme as a symbol of our British friendship and sympathy for the Romanian nation. Such a musical work was going to pair up beautifully with the appearance on stage of the group of the three women violists, each wearing a blouse in a colour of the Romanian flag: red, yellow and blue.

By sheer luck Constantin Silvestri’s Three Pieces for Strings fell into my hands. Silvestri’s music had been banned in Romania after his ‘defection’ to the West in 1958. I fell in love with it. It was the first time I had set my eyes on a Silvestri score and I could see what an eminent composer he had been.

At that time, the orchestra consisted solely of British players and I coached them to perform it as close as possible to the Romanian folk manner in which it was written. They performed it excellently and to enthusiastic audiences.

An LP disc was made from our live performance in the iconic Athenaeum Hall in Bucharest and with it was born the idea of reviving Silvestri’s memory in Britain and Romania.