A series of seven documentary mini-films produced in 2021 in London by pianist Anda Anastasescu Gritten and film editor Nicolas Gaster.

World Première: George Enescu International Festival, Bucharest, 28 August – 26 September 2021. The films were streamed throughout the span of the festival and shown twice on Romanian National TV.

ANDA ANASTASESCU ON THE FILMS’ GENESIS 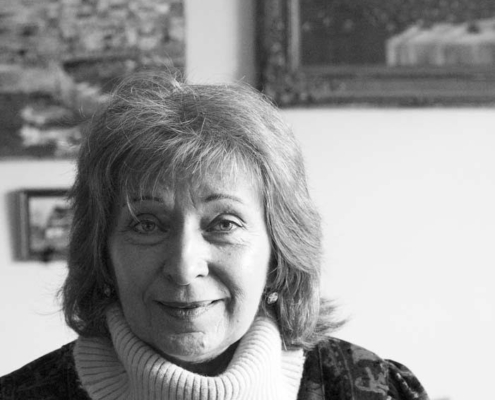 Fifty years ago, Destiny chose to make me become a Romanian exile in London. The feeling of empathy of one exile to another is a very special thing. Only THEY know what it is to miss your country of birth and be separated indefinitely from the people you love and from a past which defined your personality and achievements. Even more tragic when life deserts the exile in hospital in an unfamiliar city at the age of 55, just when he was at a turning point towards universal fame.

Silvestri became my hero long ago and the pandemic gave me a helping hand to go beyond my profession of concert pianist and transform myself into a film producer, script writer and actor-presenter. My film series describes visually and aurally significant moments in Silvestri’s life and composing itinerary and raises the question: Is Silvestri Romania’s Beethoven?

The production of my films has an unusual story. The genesis was due to the Pandemic – for the void it created in live performances – and to my chance encounter with the distinguished British film editor Nicolas Gaster. When I told him about my wish to put on film the symbiosis between Silvestri’s life and his compositions, Nicolas said: Anda, I would be delighted to make these films with you in memory of my grandfather who was born in Bucharest!