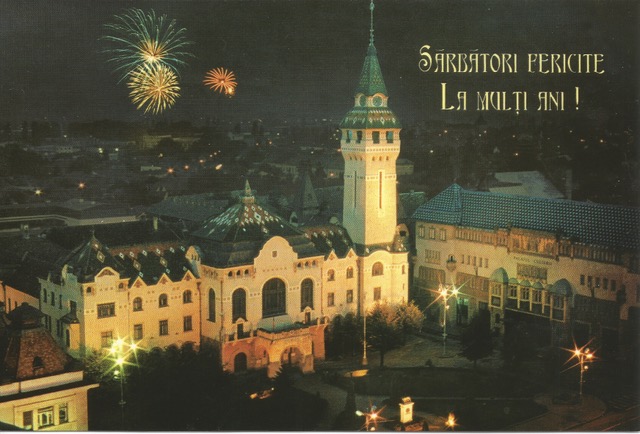 The Palace of Culture in Targu Mures

The Art Nouveau foyer in the Palace of Culture, Targu Mures

In the heart of Transylvania, Targu Mures is a handsome city. When, during my first concert tour of Romania in 1991 and for the first time in my life, I set foot in its Art Nouveau Palace of Culture, the sumptuous building with its hand-painted walls and ceilings and its elegant sequence of mirrors blew me away.

The Palace is home to the local State philharmonic orchestra and the concert hall has the appearance of an opera house. It was a privilege to perform in this astonishing reminder of the Austro-Hungarian Empire’s influence on that region of Romania.

There, I learnt that Silvestri, born in Bucharest, came to live in Targu Mures as a boy of nine. He had his first music lessons in a room in the Palace. George Enescu heard him play a Chopin mazurka in the concert hall and predicted he would have a brilliant future. I felt compelled to surpass myself, to find a magic wand with which to create a Silvestri International Festival there.

Fortunately, the director of the Philharmonic, composer Csiky Boldizsár, shared my enthusiasm for reviving Silvestri’s memory in Romania. We sealed a ‘pact’ very quickly. I was to try to raise funds and awareness in Britain and in Bucharest while he would take responsibility for the project locally.

Three months later, I was back in Targu Mures for the launch of the first edition of the Festival. I was able to bring the best possible news: Yehudi Menuhin, who had performed under Silvestri’s baton, had wholeheartedly accepted to be the Festival’s Patron; Sergiu Comissiona, who studied conducting with Silvestri, would be its Honorary President; the George Soros Foundation in Bucharest was offering to become a constant sponsor of the Festival; the BBC Radio 2 director Barry Knight was bringing over the Young Persons Concert Orchestra with a sparkling programme and the participation of young soloists from Britain, Romania, Japan and Singapore; and Andor Horváth, the Secretary of State from the Romanian Ministry of Culture, was going to preside over the opening night of the Festival.

At a meeting, the minister expressed the wish to honour my endeavours with a medal but explained at the same time that, Romania didn’t yet have the time to initiate State rewards so soon after the 1989 Revolution and therefore, regrettably, there were none available!

In 1992, we added the Silvestri International Concerto Competition and Masterclasses; and in 1993, we brought the Festival to the capital, with the Romanian Première of Malcolm Williamson’s Pilgrim on the ocean symphony. The composer and Master of the Queen’s Music had written the symphony 25 years earlier for Silvestri and the Bournemouth Symphony Orchestra. Alas, Silvestri was on his deathbed in a London hospital when he received the score.

The Première was an extraordinary occasion. Given in the National Radio Concert Hall in the presence of the composer, of Silvestri’s widow and of Romania’s Minister for Culture it was performed where Silvestri had been artistic director and principal conductor. Two of Silvestri’s former Principal players in the BSO in the ‘60s, cellist Rowena Ramsell and oboist Roger Winfield, joined the Targu Mures Philharmonic Orchestra as leaders of their instrumental sections. The complex work was conducted by Petre Sbarcea, director of the Cluj Romanian Opera and a fine conductor.As a performer, I was joined in further editions by Raymond Carpenter, Silvestri’s Principal clarinettist, and Roger Winfield to present the Romanian Premières of Silvestri’s sonatas for piano-clarinet and piano-oboe.

As an accolade, the name Constantin Silvestri was conferred officially on the Targu Mures Philharmonic State Orchestra by the Ministry of Culture. However, not everything in the new Romania was straightforward and in 1994, after a successful concert tour of England and the Republic of Ireland – which my husband organised for the newly-named Constantin Silvestri Philharmonic Orchestra – the institution abandoned the name on grounds of ethnic issues in the region at the time. The Festival itself came to an end a year later. 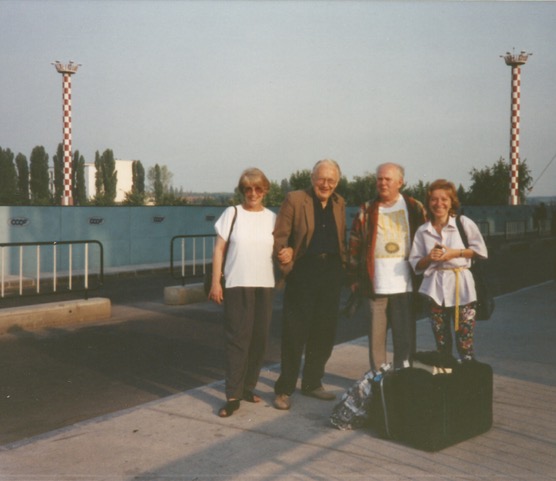 My dear Anda, this is a grateful note to let you know how very greatly your marvellous work was appreciated by us all. Of course, much of it was not visible, and, apart from your profound and elegant Mozart playing, I do not think anybody knew all the effort that you put into the organisation of this magnificent, successful occasion.

I am back at my desk composing, and the aura of Romania and its people inspires me, as does your artistry and humanity which we shall never forget!! 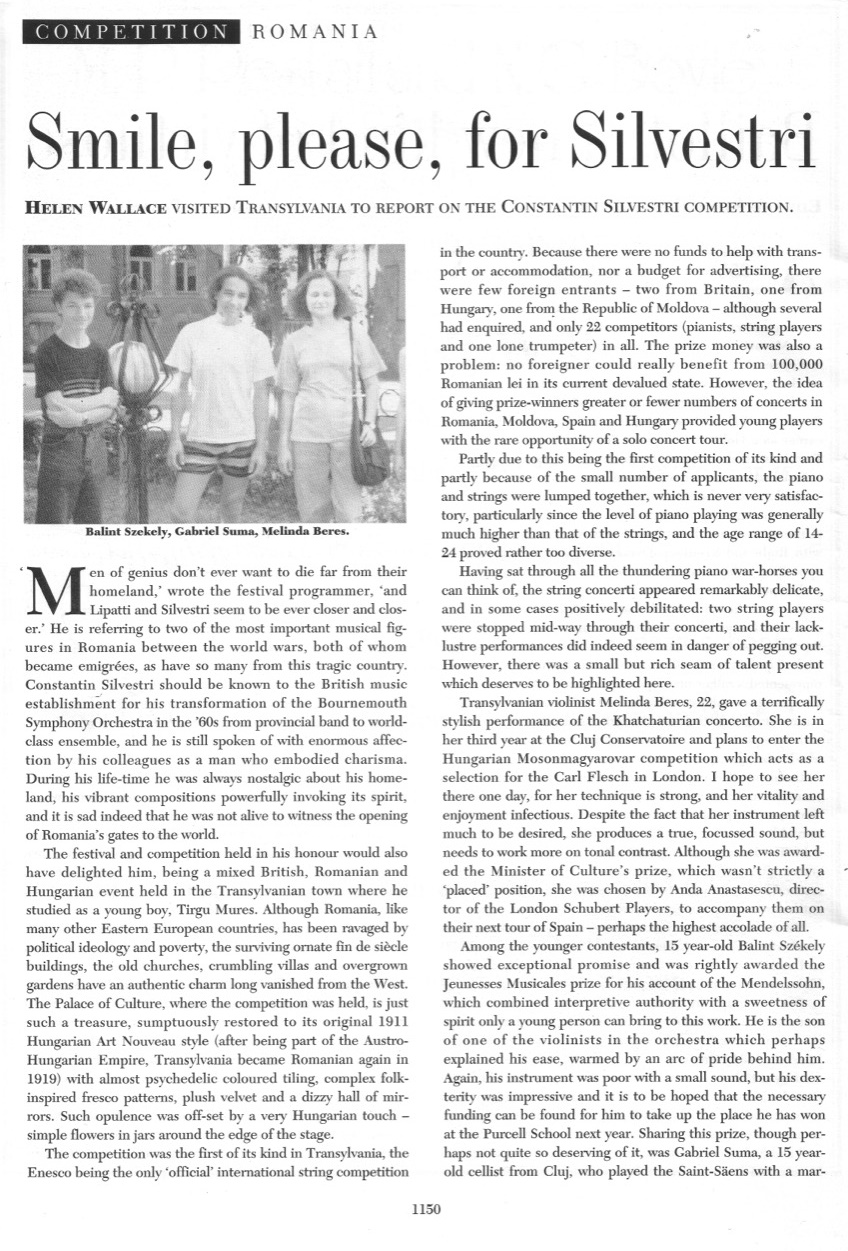