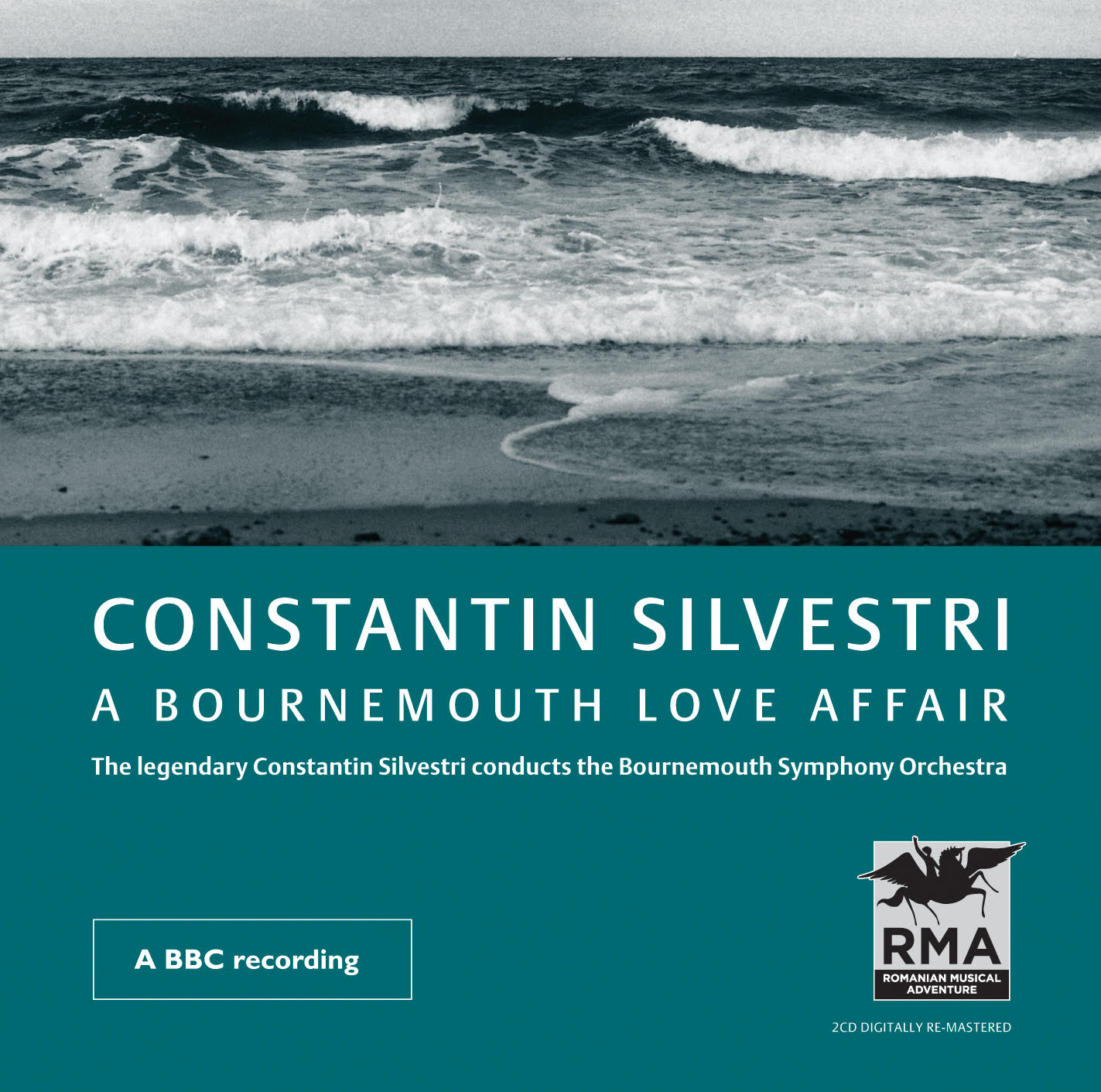 In 2009, on the occasion of the 40th anniversary of Silvestri’s death in London and after 19 years of campaigning to revive his memory in Britain and in Romania, my husband and I produced a unique memorial CD set with Silvestri conducting the Bournemouth Symphony Orchestra.

The launch took place in the Romanian Cultural Institute in London. The event included live music, film, exhibition, speeches and interviews. Members of the Bournemouth Symphony Orchestra during Silvestri’s tenure were present and made engaging contributions to the programme. 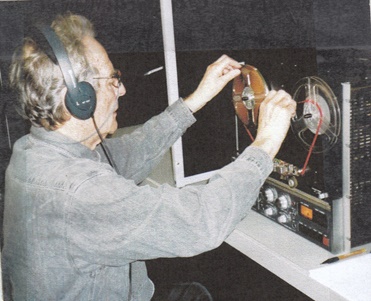 CHANCE has played a significant role in the creation of this unique CD set.

Many of the concerts conducted by Silvestri in Britain were broadcast by the BBC. Tragically, a lack of archive space led to the destruction of the master tapes of the majority of these recordings and there the story would have ended but for Silvestri himself. Hidden away within the archive of the Bournemouth Symphony Orchestra were 350 reel-to-reel tapes that the maestro himself had made at home, from BBC radio broadcasts. Following his death, his widow had presented the tapes to the orchestra and there they had lain forgotten. A chance re-discovery of the tapes by the orchestra’s librarian led to the involvement of Raymond Carpenter, the orchestra’s principal clarinettist during the maestro’s leadership and latterly the BSO’s and Silvestri’s archivist.

For over twenty years he has dedicated himself to the task of rescuing these remarkable recordings, alongside fellow Silvestri enthusiast, American Glen Gould from Silicon Valley, California, who has worked to digitally re-master some of the recordings. It has been a labour of love and this double CD set is a testament to their success.

The set contains over two hours of music, recorded by the BBC in the 1960s in the Winter Gardens in Bournemouth and Colston Hall, Bristol. They include major works by George Enescu and a unique gem: Silvestri conducting his own work, Three Pieces for Strings. 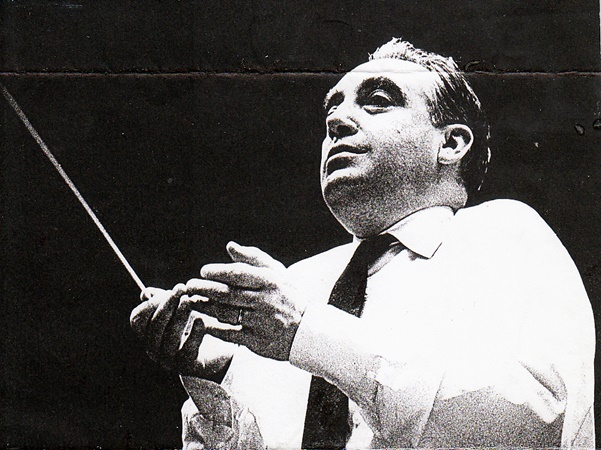 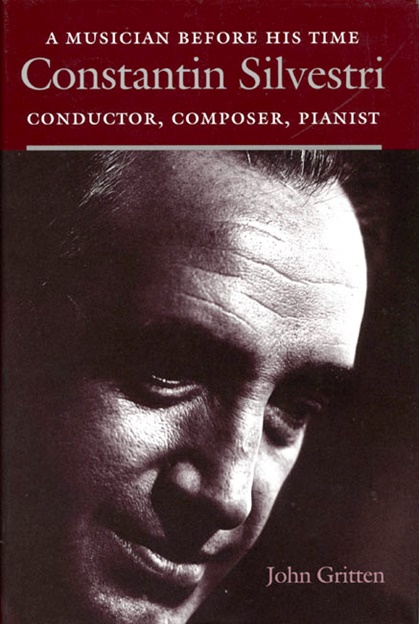 A Musician Before His Time, Constantin Silvestri – conductor, composer, pianist

A biography by John Gritten with a Foreword by Yehudi Menuhin, Lord Menuhin of Stoke D’Abernon

For the first time the fascinating life story is told of a musician who has been compared to Von Karajan and Barbirolli. Silvestri’s conducting electrified East European audiences in the Fifties and worldwide in the Sixties. From exclusive access to his personal letters and research in Bucharest, John Gritten reveals Silvestri’s pre-war struggles in Romania against ill-health and intrigue, his loves, set-backs, triumphs and frustration at political interference and the extraordinary relationship that developed with the Bournemouth Symphony Orchestra. Silvestri became a British citizen shortly before his soaring reputation was cut short by cancer in 1969. In the words of the eminent specialist who tended him: ‘The world has lost a great musician.’

Over 40 of Silvestri’s contemporaries give their impressions of him, including composers, conductors and soloists of the calibre of Daniel Barenboim, lda Haendel, Vladimir Ashkenazy, Peter Frankl, Peter Katin, Edgar Cosma, Marius Constant and Sir Charles Groves.

Aside from purely factual discoveries, the strength of Gritten’s book – the first substantial writing about the conductor in English – is its selection of quoted descriptions as to what Silvestri’s music-making actually sounded like (all too rare in many conductor biographies). His book is more appreciation than biography – a labour of love. The story is well worth telling and reading. BBC Music Magazine

John Gritten’s painstakingly researched and generously illustrated book must be welcomed, especially as a reminder of Silvestri’s achievements with the Bournemouth Symphony Orchestra… Absolutely indispensable to anyone who admired this brilliantly individual musician. Classical Music

In John Gritten, Silvestri found a sympathetic, fluent advocate who brings out the colour and warmth of the Romanian conductor’s personality as well as providing valuable insights into Silvestri’s qualities as a musician. Connoisseurs of conductors will find much of interest in this absorbing book. Journal of the Conductors Guild (US) 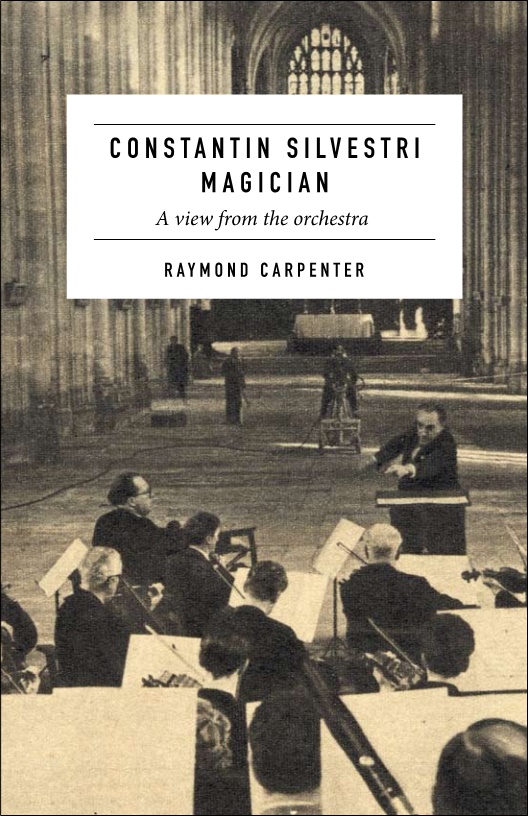 Constantin Silvestri, magician – A view from the orchestra

Raymond Carpenter reveals the maestro’s controversial methods which brought the orchestra up to international standards in a remarkably short time but to which some more famous orchestras which Silvestri guest-conducted took exception. You can share with members of the Bournemouth Symphony Orchestra impressions of Silvestri in rehearsal never available to audiences and critics; and Carpenter, who in his almost 40 years with the BSO played under the baton of very many distinguished conductors, compares the methods and interpretations of some of them with those of the magician for whom he retains profound if ambivalent feelings.

‘Carpenter was the orchestra’s principal clarinet during Silvestri’s tenure, so his front-line testimony is enormously valuable. I like his honesty in relating the occasional disaster alongside the many truly memorable concerts. Silvestri was most demanding and idiosyncratic, yet the Bournemouth players – to their eternal credit – responded to him. Carpenter himself describes going through ‘the fires of hell’ before finding the required way of playing numerous passages. This account of a musical legend demands to be read’. Classical Music

The above products are available from rma@romanianmusicaladventure.org