Producing the RMA Festival made me dig into the Romanian music archives. How had composition there evolved since I left the country? As hard as it may be to believe this, George Enescu remains such a revered and loved national figure that Romania is reluctant to let itself be represented by other pre-eminent composers such as Constantin Silvestri, Anatol Vieru and Pascal Bentoiu.

If I were to produce the first London festival of Romanian composers, I thought the musical profession in Britain would be pleased, indeed eager, to discover some unexpected jewels.

With the London Schubert Players, I produced the festival in various venues, including the Wigmore Hall and the Purcell Room, between November 2005 and February 2006. In all, 15 Romanian composers were featured, 20 UK Premières and two World Premières. 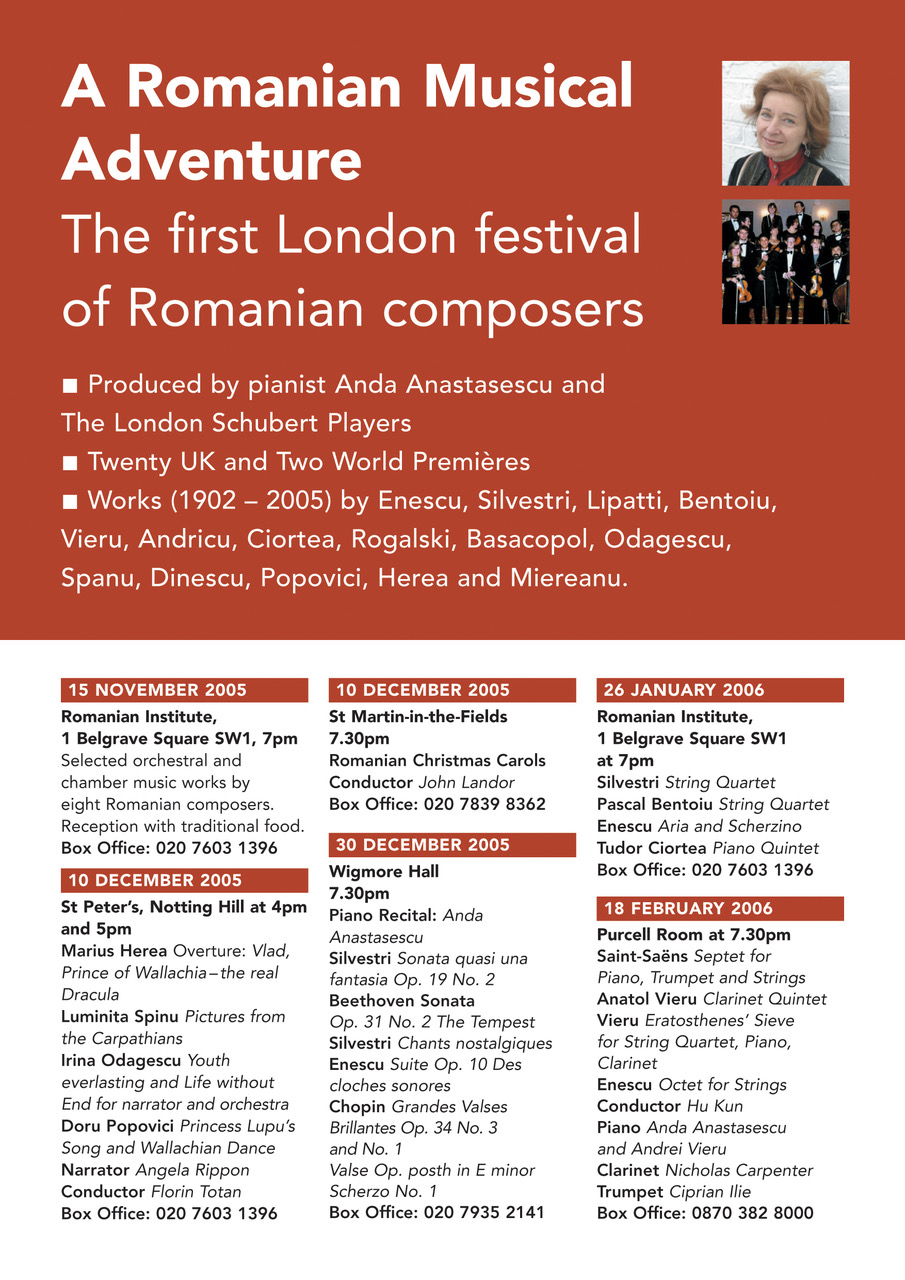 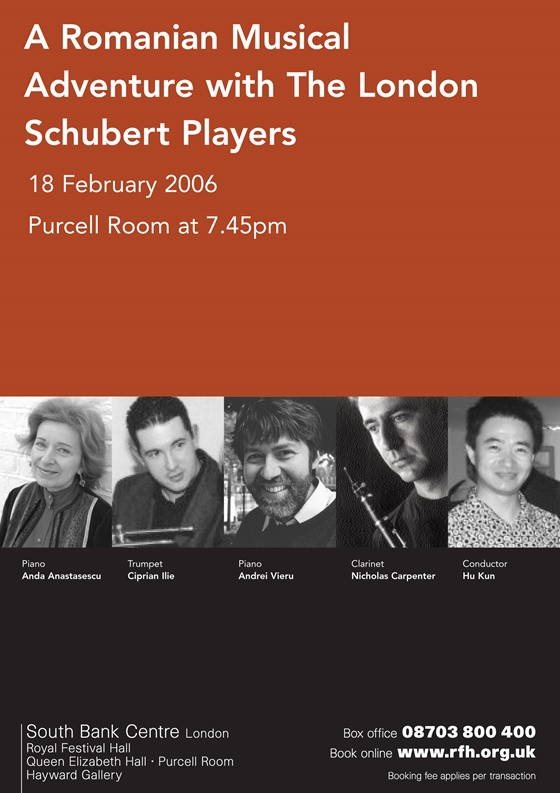 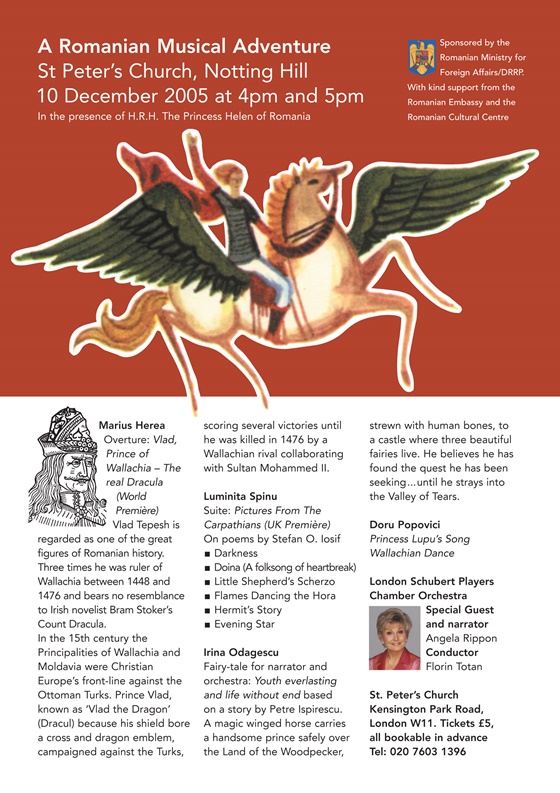