60 years after the Norwegian Campaign, John Gritten and Norwegian historian Jens-Anton Andersen secured the British War Memorial in Namsos. The memorial was unveiled by the British Ambassador on Norwegian Constitution Day, 17 May 2000. The Friends of Namsos War Memorial organisation was formed and John Gritten became a researcher, regular correspondent, fund-raiser and organiser of the visiting veteran parties and their families.

Each year since the unveiling on 17 May 2000, the people of Namsos have given a warm welcome to the party of 1940 veterans, their families and friends from the UK, Australia and the USA who have come together in the days around 17 May to keep alive the memory of the British, French and Russians who died here in the struggle against tyranny. They also join their hosts in the colourful, musical and above all youthful celebrations of Norway’s National Day. 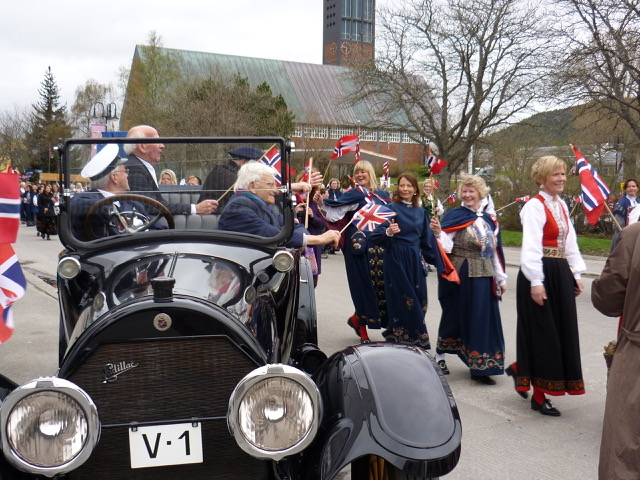 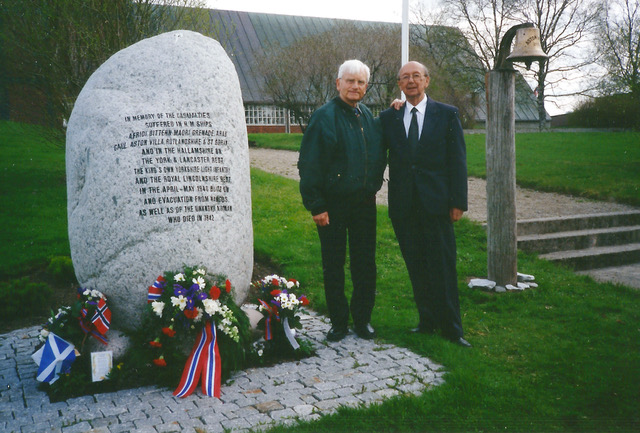 John Gritten and Jens-Anton Andersen, the initiators of the British War Memorial in Namsos. The launch took place on Norway’s National Day, 17 May 2000. 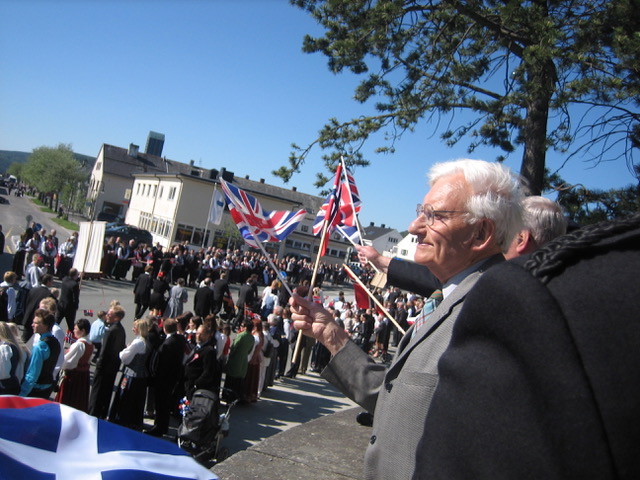 John Gritten was such a remarkably fit and energetic man who seemed to defy age. He told me how he had arrived in Namsos in 1940 and how his ship had been sunk. He also told me the remarkable story of how years later he had met a man, the son of the harbour master, who turned out to have witnessed the sinking, and of how the two of them were determined to have a memorial erected to commemorate the ships lost in the Namsen fjord during those dreadful days. There were already memorials to the French and others, but the British were not commemorated. He asked for my help as the British Ambassador to Norway in rectifying this anomaly. I was very glad to help the project and immensely proud to unveil the memorial on 17 May 2000, 60 years after the ships and many of their crews had been lost. Without John’s determination, energy, and persuasive powers there would not have been any lasting mark in Namsos of these dreadful British casualties of war.

John became a hero for me, both for achieving the memorial and for his courage in 1940. His autobiography describes the events brilliantly but also with the modesty which was so characteristic. It was a great privilege to get to know him. 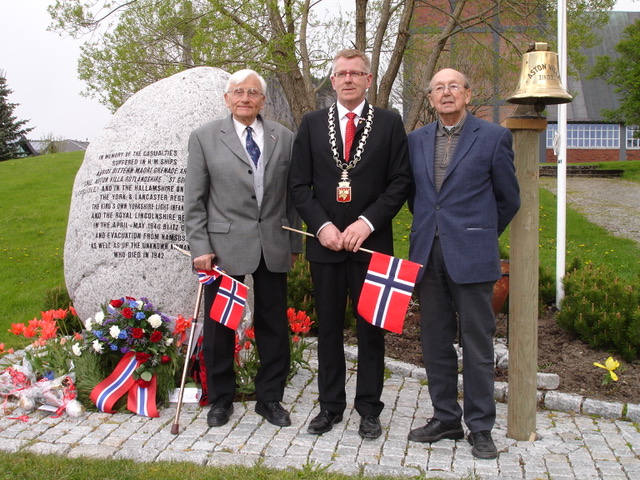 The British War Memorial. John Gritten, Jens-Anton Andersen and the Mayor of Namsos 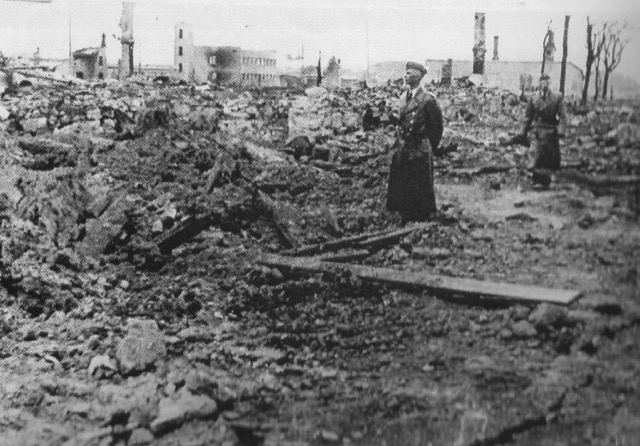 German officers survey the destruction left by the Luftwaffe in Namsos after the blitz of 20 April 1940, Hitler’s 51st birthday, when his Top Secret order was carried out and Namsos was bombed and destroyed ‘without consideration for the civilian population’. 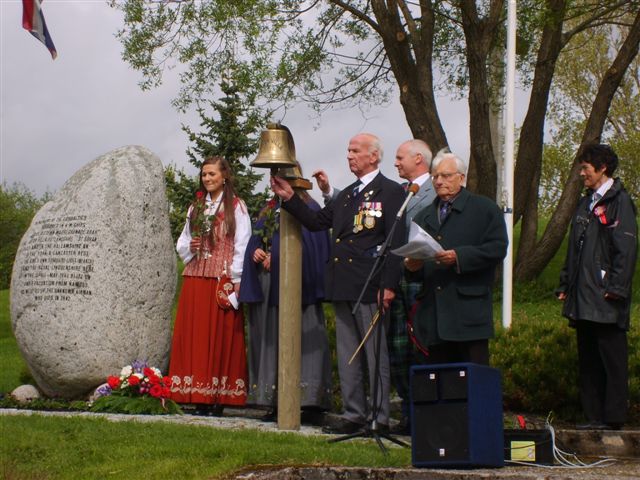