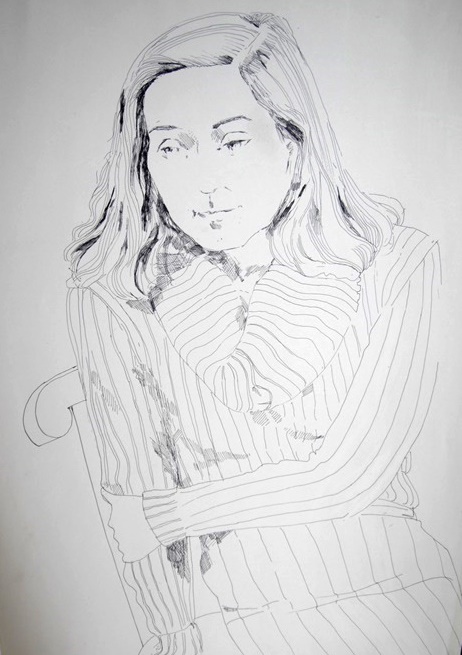 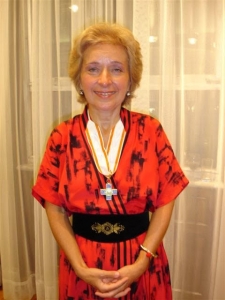 Wearing the decoration Commander of the Order of Cultural Merit

At the ceremony, with Romanian President Ion Iliescu

I had never thought the day would come when I would not be allowed to return safely to my own country; that I would be tried in absentia and given a six-year prison sentence for a supposed ‘defection’ to hang over my head indefinitely. The anguish of being cut off from my country and the prospect of becoming an itinerant migrant at the age of 22 had a profound effect on my life. I would not wish to experience ever again the personal pain nor the sense of guilt towards the family I left behind, a family that suffered the consequences of my ‘defection’.

Paradoxically, I had no desire to leave Romania. Saying goodbye to my father at Bucharest airport, I thought I was going to be back as soon as the 1972 Leeds International Piano Competition – where I had been entrusted by the Ministry of Culture to officially represent Romania – was over.

Yet things turned out differently. How could I not be thrilled to receive an offer of a scholarship to study with the distinguished professor Gordon Green at the Royal Academy of Music in London, and an invitation for a concert tour at British universities performing Beethoven’s Piano Concerto No. 4? These were extraordinary privileges for a young person whose life and hopes had, up till then, been seriously restricted by the enforcement of the Iron Curtain.

I waited in vain for three worrying months for an answer to my application to the authorities in Romania for permission to extend my stay. By then, I was in London without a valid Romanian visa nor any permission from the Home Office to stay. My visits to the Romanian Embassy were frightening moments. I was entering Romanian territory and I feared arrest and deportation. I always made my entry there flanked by a British policeman and by my landlady for whom I had become an au pair in order to have some food on the table.

The dreaded moment came when the Ambassador urged me to go back to Bucharest at once. He seemed to think that no answer meant a NO answer. I knew all too well that, once I overstayed my two-week visa, I was going to be in trouble no matter what. I agonised day and night over the ‘To go or not to go?’ question until I finally surrendered to the saddest and toughest decision of my life: NOT TO RETURN.

Alone for the first time in a foreign capital, with no English and no income, I felt a complete outsider. No good for me the Home Office’s offer of financial help and residence in the UK in exchange for a confession of supposed political reasons for my decision. I had no personal political motive. I had never been recruited by the Communist Party but I had benefited from an excellent free education. I couldn’t bring myself to lie and I naively hoped that, by avoiding political asylum, I would protect my family in Bucharest.

The first ten years of exile were unsettling and went by quickly, with ever-present efforts for survival and attempts to re-start my life from zero. At times, the void inside me and a sense of not getting anywhere were overwhelming. These are ‘lost’ years, ones that can never be made up for.

But for all that, in time, and serendipitously, huge recompenses came my way: I met my English husband; I was reunited with my family; I embarked on unique musical and humanitarian projects in Romania after the 1989 Revolution; and thirty years after my ‘defection to the West’, the President of Romania awarded me the equivalent to a CBE in Britain, Romania’s Commander of the Order of Cultural Merit. He personally placed the ribbon around my neck at a ceremony in the Romanian Embassy in London. Being transformed from an outcast to an honoured citizen of the country of my birth was a moment more than filled with emotion.

Photography: above the fold, John Gritten

This website uses cookies to improve your experience while you navigate through the website. Out of these, the cookies that are categorized as necessary are stored on your browser as they are essential for the working of basic functionalities of the website. We also use third-party cookies that help us analyze and understand how you use this website. These cookies will be stored in your browser only with your consent. You also have the option to opt-out of these cookies. But opting out of some of these cookies may affect your browsing experience.
Necessary Always Enabled

Any cookies that may not be particularly necessary for the website to function and is used specifically to collect user personal data via analytics, ads, other embedded contents are termed as non-necessary cookies. It is mandatory to procure user consent prior to running these cookies on your website.