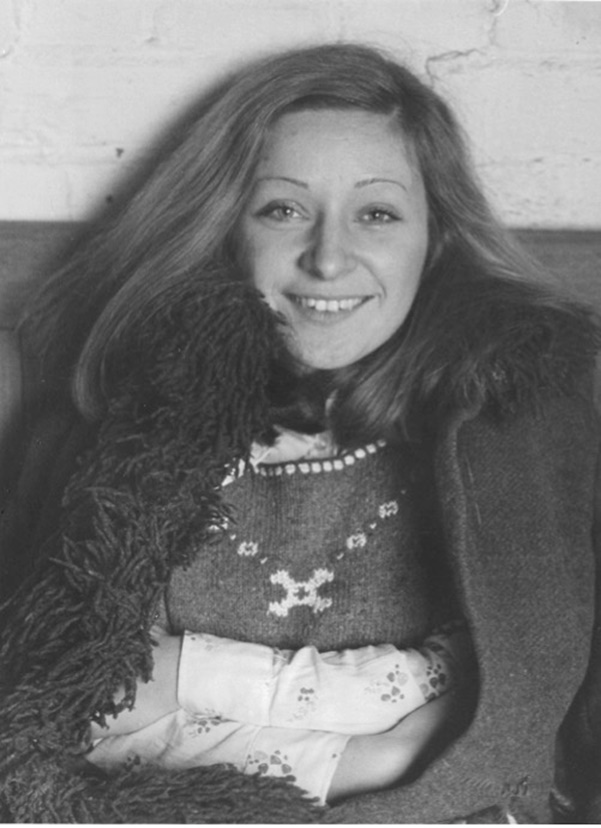 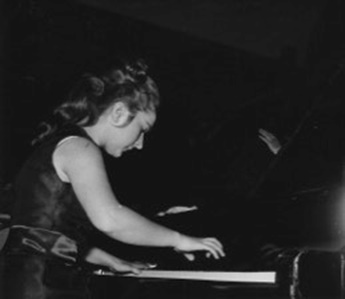 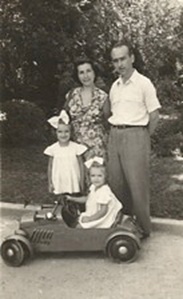 With my parents and younger sister

My parent’s flat was spacious, with stylish furniture and beautiful paintings by Romanian artists. There were mesmerising objects, some brought back from China or North Korea by my civil engineer father who, in the service of the Socialist Romanian State, spent two years in the Far East helping to rebuild homes and hospitals after the Korean war. For me, my younger sister and my parents, it was home to a loving family.

My mother was very musical and passionate about the piano. She would have liked to have become a professional musician, but the start of the Second World War interrupted her studies of law and piano. For the duration of the war she was drafted into the special communication department of ‘Security of the State’ in Bucharest. After the war, she married and, like most ordinary Romanian women in those days with husbands who worked 12 hours or more daily, she devoted herself entirely to taking care of the family: shopping, cooking, cleaning, washing (by hand) and being there for the three of us whenever we needed her.

We had a beautiful, black Stingl-Wien Baby Grand Piano. It had been my father’s wedding present to my mother. She seldom sat down to play but did her utmost to find time to teach my sister and I by ear a few short melodies within a range of five keys. Quite by chance, during a holiday, we met a piano teacher who introduced us to the very first specialist music school in Bucharest, only recently established on a Soviet model. She persuaded my mother to take me and my sister for an audition. The jury found us to have the aptitudes required and we were enrolled. I was eight.

It was taken for granted that, in a specialist school, you would be a very serious, committed pupil. Our teachers inspired us to love music and, in a sense, to make it our religion. Every piece of music we learnt meant that we had to explore our inner self very deeply and feel that we were giving ourselves totally to the piece we were performing.

In fact, we didn’t want our lessons to end. We were exploring the mystery of what the composer was thinking, how fully we could understand and feel like them, and, ultimately, how we could achieve the best performance. It was absolutely enthralling. 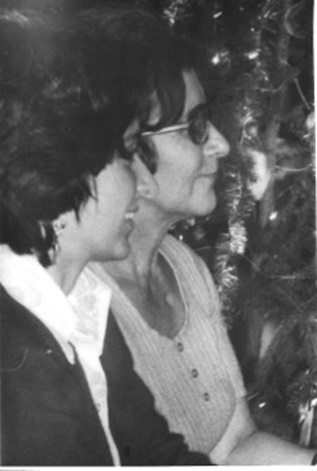 Playing piano duets with my mother 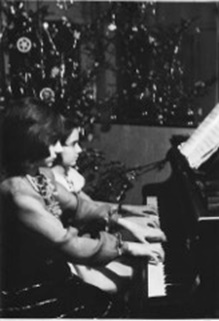 Playing piano duets with my sister 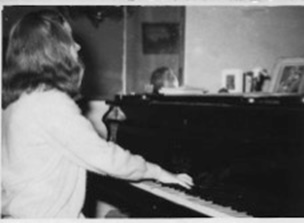 Practising Schubert’s Sonata in B flat at home, under Beethoven’s supervision!

Photography: above the fold, Andra Nelki